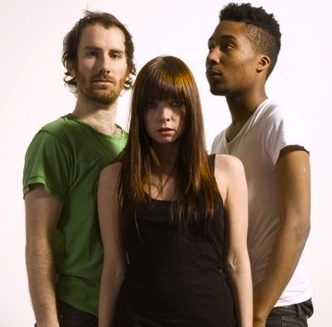 It’s been about a month now since We Have Band released their critically acclaimed debut album WHB but I still got it stuck on repeat on my iPod, so I thought: what the heck, let’s post about them again and share the love.

If you haven’t heard of We Have Band yet, they are a do-it-yourself trio, with Darren Bancroft on vocals, drums and sampler, Dede W-P on vocals, percussion and sampler and Thomas W-P on vocals, guitar, bass and programming, Their debut album, simply titled WHB, was released on April 5th and it shows the band’s sound has grown into a more serious kind of alternative electro rock.

You can stream We Have Band’s music on MySpace and believe me it is worth checking out! Be sure to check out their tour dates too, as they are currently on tour across Europe. You can buy WHB with a couple of bonus tracks on