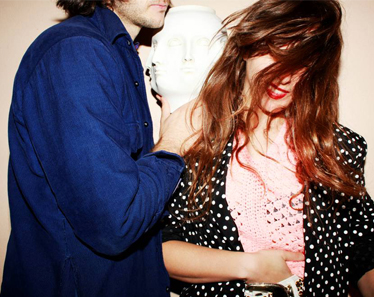 Hailing from Baltimore, Beach House is Victoria Legrand (vocals, organ) and Alex Scally (guitar, keyboards), who are joined by Daniel J Franz and Graham when performing on stage. Since its formation in 2005, the duo has released three albums: Beach House (2006), Devotion (2008) and Teen Dream (2010).

Beach House - Walk in the Park

Their music is often described as dream pop, mainly due to their slow-paced organ-filled melodies and the eerie warmth of Victoria’s voice. On Teen Dream Victoria and Alex seem more confident than ever and the album is clearly the best they’ve done so far. Very carefully put together, it sounds more accessible than their previous work but still just as magical. So much so that it has actually inspired some DJs, such as Californian DJ Martin Vidal, to produce some remixes that are not bad at all either…

If you like what you hear and you want more, please visit Beach House on MySpace. You can also purchase all their albums and EPs on good ol’