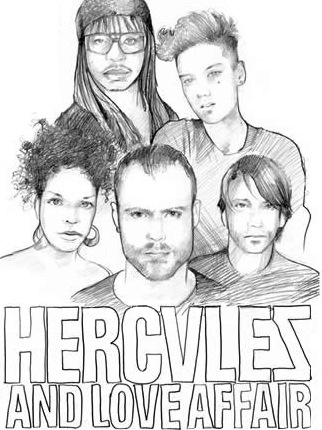 With this album, Butler and his mates keep pushing forward the message that “dance music is a very legitimate form of music” that’s not limited to H&LA’s usual four-to-the-flour pop-house bangers. Blue Songs, as its title suggests, looks into the melancholy side of dance music and  includes softer and stranger compositions.

Hercules & The Love Affair’s fantastic new single “Painted Eyes” will be out in Europe April 18 on Moshi Moshi. To celebrate this release, they have covered “Shelter” (originally by The Xx), painting a distinctly different picture with the same brush. Kim Ann Foxman’s vocals lift the track into a dimension of late night dance we all relish.