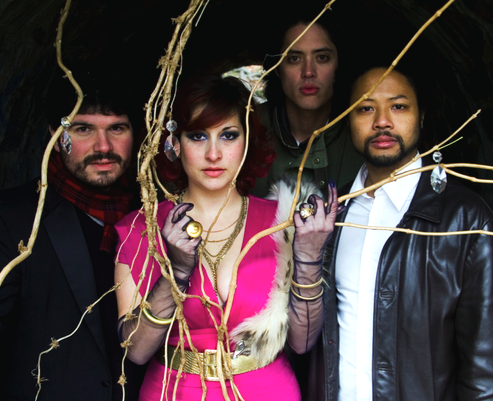 This song is more upbeat than some of Midnight Magic’s previous material, with its catchy-as-hell piano hook and bouncy bass-line. It’s a welcome dose of unadulterated feel-good disco-funk for your record collection, further proof that Midnight Magic know their way around a good song!

“Drop Me A Line” is the follow-up to last year’s massive hit “Beam Me Up” which earned them rave reviews across the board and spawned a few great remixes, including memorable reworkings by Jacques Renault and Gavin Russom.

Listen to more tunes by Midnight Magic and get all news and updates on their official site. Buy “Drop Me A Line” on