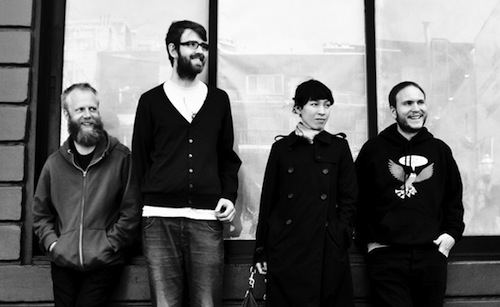 It’s barely been six months since Little Dragon released their third album Ritual Union and the Gothenburg-based band is already back in the studio working on some new tunes! They also have a string of concerts in Norway, Sweden, Denmark and France planned for February and their collaboration with Big Boi coming out later this year… That’s quite a busy schedule but really just “business as usual” for the hyperactive Swedish combo.

In the past few years Little Dragon have been pumping out highly praised records and they have multiplied collaborations with artists such Gorillaz (on the album Plastic Beach), Maximum Balloon (on his debut album), Koop, SBTRKT or DJ Shadow. Their songs have also been remixed by many talented producers, including Floating Points, Miami Horror, Fear of Theydon, Tycho, Tensnake, Is Tropical…

Show Little Dragon some love on MySpace or check out their official website. Buy all the music on