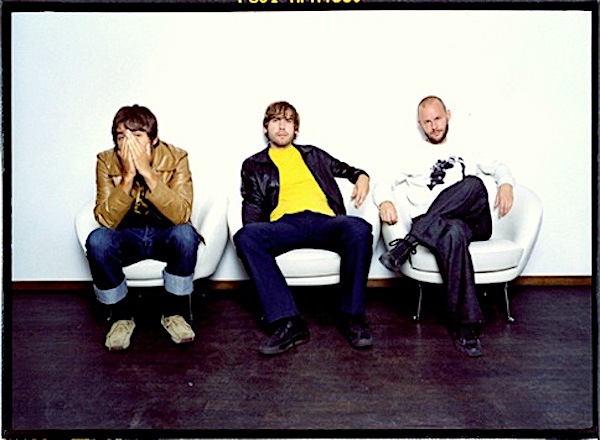 With six albums under their belt, Peter Bjorn and John have managed to establish themselves as a mainstay of Sweden’s indie pop scene. Formed in Stockholm in 1999, the trio consists of members Peter Morén on vocals, guitar, and harmonica; Björn Yttling on vocals, bass, and keyboards; and John Eriksson on drums, percussion, and vocals. Internationally, the band is best known for the whistled refrain on their memorable happy-go-lucky 2006 hit single “Young Folks”.

The band is influenced by the sounds of classic ’60s baroque pop, power pop, and new wave, all of which are omnipresent on their latest album, Gimme More, released today on Cooking Vinyl/PIAS. After the experimental detour of their previous album Living Thing, which was based on pulsing beats and heavily processed vocals, Peter Bjorn and John are back on more familiar territory. They have crafted a collection of eleven bouncy pop songs with strong melodies and brilliant instrumentation.

The album maintains an upbeat tone throughout but is in no way repetitive or monotonous. The arrangements are inspired and nuanced, with some psychedelic riffs here, toe-tapping beats there, and an obvious knack for wildly infectious hooks everywhere. Peter Bjorn and John clearly know what they’re doing and they show it all through the record.

Find Peter Bjorn and John on MySpace and on their official website. By all means go out and buy the new album at your favourite CD store or on