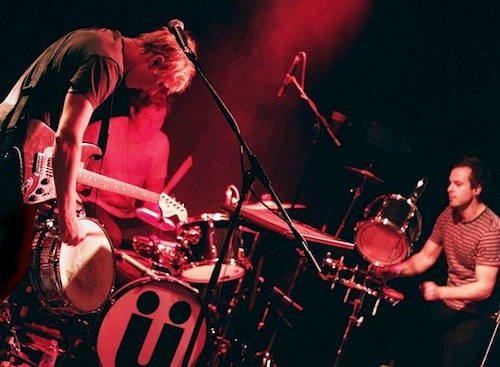 One of the most exciting bands in Sydney at the moment, RÜFÜS seems poised to join Midnight Juggernauts, The Presets and Cut Copy on the list of Australian acts who managed to successfully export their music and gain worldwide recognition.

After an extremely successful self-titled debut EP released at the start of the year on their own label called Monekeleon, the trio is now planning to release a new EP packed with club friendly versions of “We Left” including remixes from SymbolOne, Go Go Bizkitt!, Broke One, Beaumont, Germany Germany , Monsieur Adi and Ride the Universe.

Considering the quality of their releases so far, RÜFÜS are a band you might want to keep an eye on. We definitely will! If you want to find out more about them, go to the band’s MySpace. You can buy the debut EP on Bandcamp or