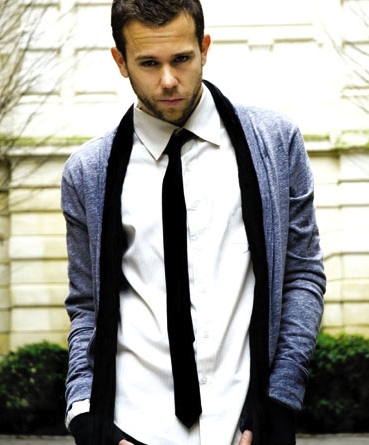 Backed by ten years in the music industry and five full length albums, M83 (aka Anthony Gonzales) is gearing up for what promises to be a blockbuster-scale release next October 18th. This is the date announced for the indie dream pop act’s new album Hurry Up, We’re Dreaming.

The band-turned-solo-act’s epic new double album (22 tracks!) is already making a lot of noise and so is the lead single “Midnight City”, released mid-August as a free download and instantly crowned “Best New Track” by Pitchfork. Starting with grinding metallic synthesizers, “Midnight City” slowly adds layers of electronic sounds and live percussion to finally swirl into a supernatural avalanche that pumps you full of adrenaline.

To add to the hype, Mute has a Midnight City Remixes EP scheduled for September 27th remixes by Trentemøller, Team Ghost, Man Without Country, and former  Mellowdrone frontman/M83 collaborator Jonathan Bates’ Big Black Delta project. For your listening pleasure, you will find two remixes below: first up is Trentemøller’s dark rework which sweeps you through abandoned concrete streets swimming in broken neon light, number two is a slowly building but eventually explosive remix by Alcala!

Expect to see M83 on a stage near you in October/November if you live in Mexico, the US, Canada, Poland, Germany, the Netherlands, France or the UK. For complete tour schedule, have a look at the official site. You can buy all M83 music on