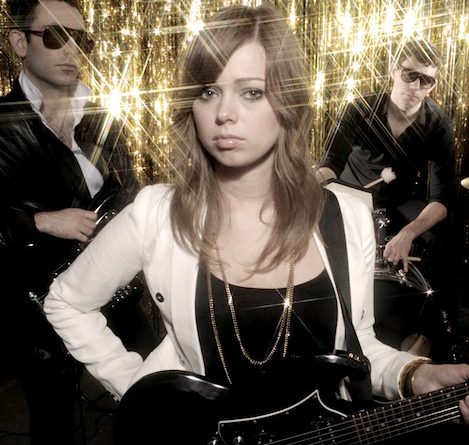 Portland-based nu disco outfit Chromatics has a new album on the way, Kill For Love, and it’s set to be released in January 2012 on Italians Do It Better. Between now and then, the band will be leaking videos and singles from it to whet your appetite.

The first single off the new album is the title track “Kill For Love”. It features lead singer Ruth Radelet crooning her trademark breathy vocals, unadorned and plain against the song’s synth-driven beat and cascading synths. This long overdue introduction to Chromatics’ new album is as sad and melancholic as it is dreamy and hypnotizing.

“Kill For Love” is out now on iTunes and will be released soon on 12″ vinyl with exclusive bonus tracks on the B side… The single is backed by a beautiful, vintage-looking video directed by Alberto Rossini. It features grainy live footage of the band performing live around Europe in December 2010. You can watch it now on YouTube.

To help you wait for the new album, here is a little something for you! Check out “Hands in the Dark” taken off Italians Do It Better’s 2007 compilation After Dark (featuring unreleased tracks by Glass Candy, Farah, Mirage).

Chromatics - Hands In The Dark

Show them some love on Facebook and buy the music on iTunes.

3 thoughts on “CHROMATICS – KILL FOR LOVE (Electro/NuDisco – US)”